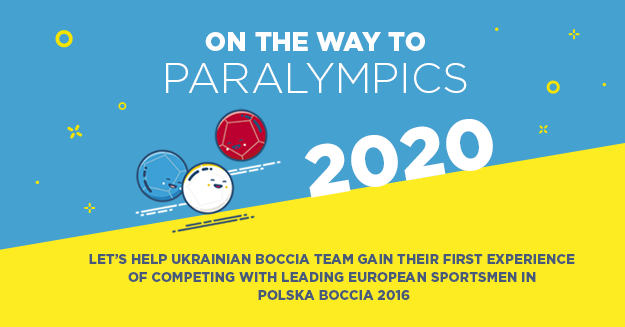 Ukrainian team’s participation in their international start Polska Boccia 2016 is the first step to medals of 2020 Paralympics.

Let’s help them gain their first experience of competing with leading European boccia sportsmen, crucial for the new Ukrainian team.

Boccia (italian “sphere, ball”) is a Paralympic sport for people with the most severe conditions of the locomotor system. It is a sports precision game that has features of other games, like billiards, curling and bowling. Since 1984 it is a part of the Paralympic Games program.

The initial purpose of this game was rehabilitation of people with severe forms of cerebral palsy. Later players with other locomotor conditions, like myopathy or spine injury, joined the game.

Depending on their physical conditions, athletes are divided into four classes: BC1, BC2, BC3 and BC4.

After a three-year break, the 3d Ukrainian boccia championship took place in Odesa on May 16-19, 2016. A total of 38 athletes took part in it, representing 8 regions: Kyiv, Odesa, Dnipropetrovsk, Poltava, Kherson, Mykolaiv and Cherkasy.

According to the results of this championship a team of winners and medallists was formed in every class. These athletes will represent Ukraine in an international event POLSKA BOCCIA 2016, on October 6-10. 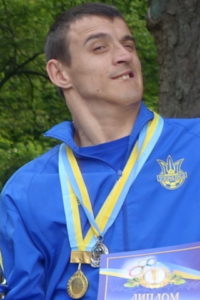 Oleksandr Kryvoshta (Nikopol, Dnipropetrovsk region)
Champion of Ukraine in 2016, medallist of the championship in 2012, plays boccia since 2010. 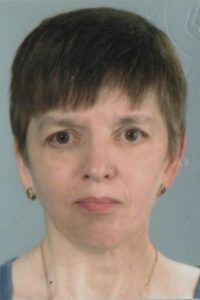 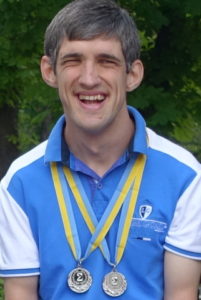 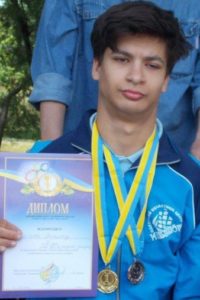 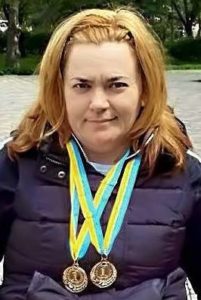 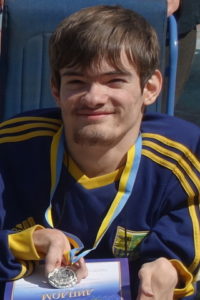 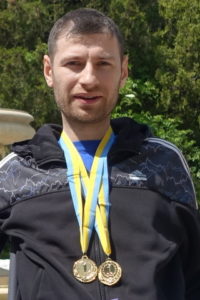 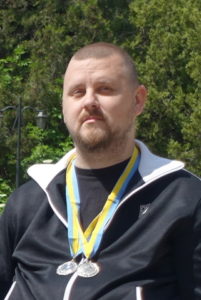 Oleksandr Tyutyunnyk (Poltava, Poltava region)
Started playing boccia in 2012. Medallist of Ukrainian championships of 2012, 2013, 2016, winner of the Open Cup of Nova Kakhovka of 2014.

THEY NEED YOUR HELP

Because of an economic and political crisis in Ukraine the state budget cannot finance the participation of Ukrainian boccia team in an international competition of this year.

We are asking for your help in saving and developing a new Ukrainian boccia team. You can make donations via UKRAINIAN CHARITABLE FOUNDATION «HEART OF THE LION», founded in 2014 by leading Paralympic sportsmen of Ukraine.

News-sheet for print: cover side (4MB), inner side (11MB). Reserve link on Yandex.disk. 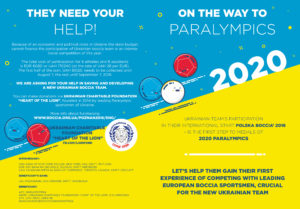 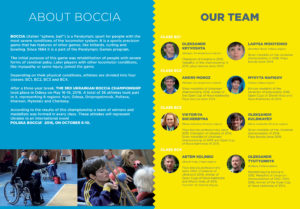